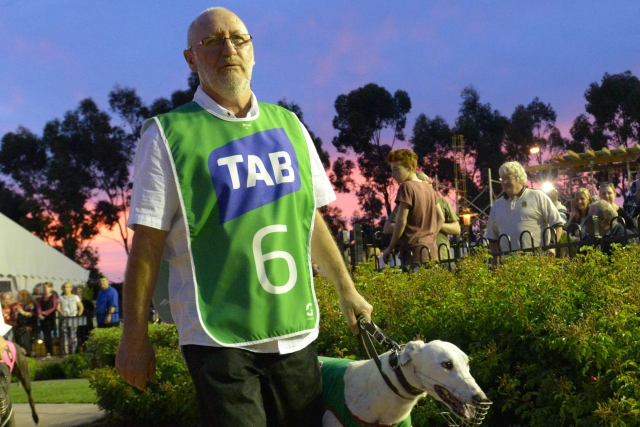 With six wins from his past seven starts including a lightning quick last start victory at Ballarat in 24.94sec, he’ll be chock full of confidence going into the race, however he will have his challenges.

“It will be tough to beat Darren McDonald’s dog, Over Limit. He’s got Box 1 and Ronray Spirit is in (Box) four, so it will be tough,” said Reid, pictured above.

“In saying that I was rapt with his run at Ballarat. He ran quicker than I expected, and considering he had never been there before it was a brilliant run.”

Bred and owned by Ray and Irena Steele in NSW, Ronray Spirit was trained by Ray for the first 13 starts of his career (seven wins) before heading to Reid, for whom he has won three from three.

“Terry is an excellent trainer,” Steele said. “Any greyhound I have ever sent to Victoria I’ve sent to Terry, and he has always done very well with them.”

“He trained Ronray Chief for me a little while back, who made a few country cups and was a reserve in the Australian Cup.”

Six heats of the Warragul Cup will be run on Saturday with the $65,000 final to be held on Friday night, January 23.

All heat winners and the two fastest second placegetters will make it into the Warragul Cup, where the first prize is $45,000.