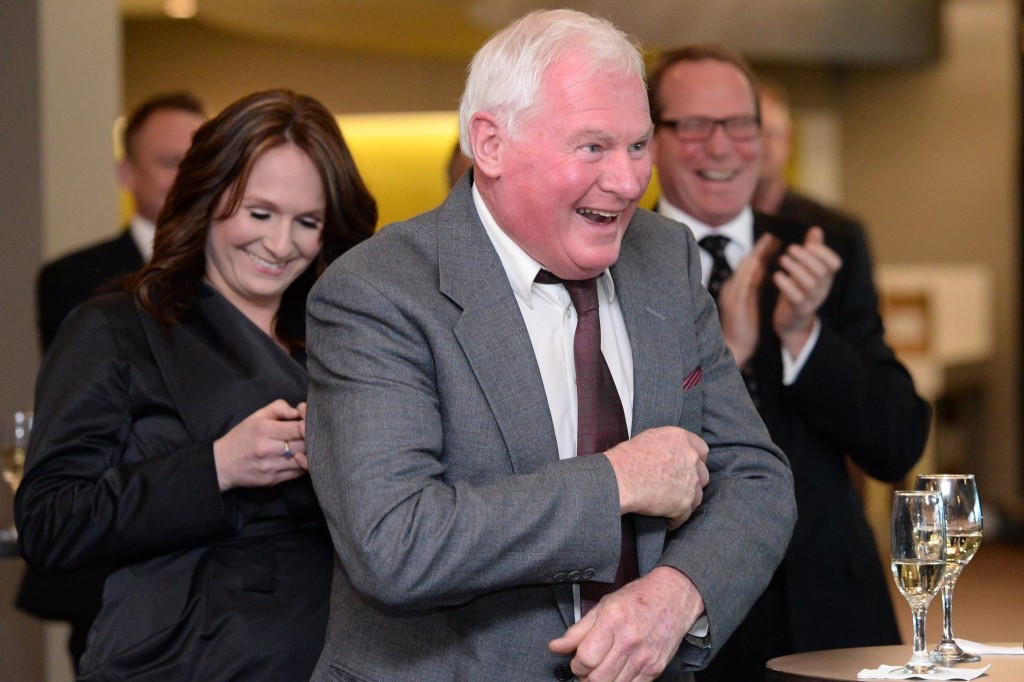 
WELL-known and much loved Neerim Junction trainer Gerry O’Keeffe was left nearly speechless when he was awarded the Ned Bryant ‘Silver Fox’ award at the Victorian Greyhound Awards.

The much acclaimed trainer has had a tonne of success this year with dogs Bells Are Ringing as well as Ring the Bell, which managed to win the National Distance Championship at Angle Park in Adelaide last Saturday night when it bolted to the front in the dying seconds of the race.

Gerry was over the moon to receive the award on Friday August 19 at Sandown Greyhound Racing Club.

Presented by Ned Bryant’s grandson, Terry Erenshaw, the award is presented to a person for showing outstanding achievement in the training, breeding, welfare or promotion of greyhound racing.

This award is named after the late Ned Bryant, who was a loveable larrikin and legendary greyhound trainer and canine chiropractor.

Gerry has had a stellar 18 months, and after decades out of the game, has returned to train 58 winners at a strike rate of 27 per cent, including a victory in the world’s richest staying race, the Group 1 Sandown Cup in May.

During his acceptance speech, Gerry stressed the importance of trainers and owners showing their dogs how much you love them.

Litter mates Ring the Bell and Bells are Ringing were bred by Gerry’s daughter and her husband, and Gerry said ‘this isn’t supposed to happen.’

Gerry started training dogs when he was given use of his parents’ garage at 18 years of age, but took a massive break from the sport and returned when he left his job of 18 years in the public service.

“I had been out of greyhounds for 28 years, and when I retired from my job with public service I thought what am I going to do, I better get out to the shed,” he said.

The trainer said he considered himself lucky to know the man his award was named after.

“I knew Gordon Edward Bryant and he was an outstanding man, generous, affable, and one of the most decent people you could ever find,” he said.

“To win this is a huge honour.”

Gerry said he was ‘really overwhelmed to win’ and thanked co-trainer and friend of 40 years Calvin Jones, who was the instigator in getting Gerry back into the sport.