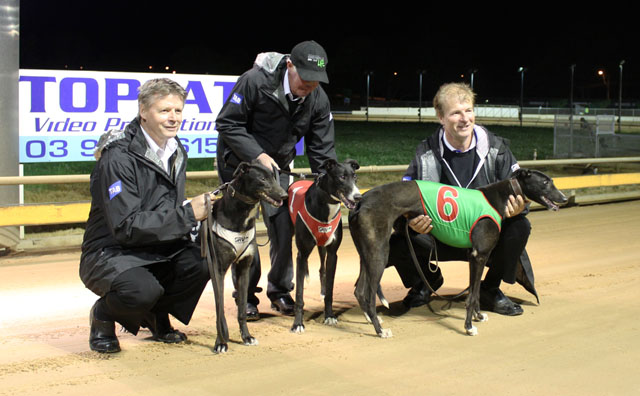 Up to three in a row


Up Hill Jill made her third victory count on Tuesday night at Warragul when she won the $10,000 GRV Vic Bred Maiden Final by seven lengths in a time of 26.02sec.

The daughter of Premier Fantasy and Where’s Demonica, who is trained by David Geall and bred by his wife Rose, is now unbeaten despite missing the start after jumping from box six.

“I was a bit worried when Up Hill Jill missed the start and I saw all three of my dogs go into the first corner together. Before the heats I did think they would find the front together because they all have good early pace,” trainer David Geall explained.

“Up Hill Jill does have a lot of ability and I was pleased to see her pull away from the field after she missed the start.”

“It was a real thrill to win the Vic Breeders final because we put so much work into them.”

“He flew out of the boxes but didn’t finish the race as well as I thought he would. He isn’t the strongest dog so I think the heavier track due to the rain didn’t help his cause.”

WATCH: Striker Shearer jump from box one in his maiden start at Horsham on Tuesday.

David and his wife Rose couldn’t be happier with the greyhounds their star brood mare Where’s Demonica has produced.

“At Warragul Where’s Demonica also produced a winner from her first litter to Westmead Osprey with Blue Westmead.”

WATCH: Blue Westmead win from box five in the tenth race at Warragul, giving David Geall his second winner for the night.

“Where’s Demonica throws so much early speed into her pups, which is why we went to Premier Fantasy looking for more strength,”

It wasn’t just David Geall who had a feature victory at Warragul on Tuesday night, Gerry O’Keeffe took out the Topcat Video Production Special event with Bells Are Ringin over the 680 metre distance.

WATCH: Bells Are Ringin (pictured below) win her 21st start at Warragul from box six. 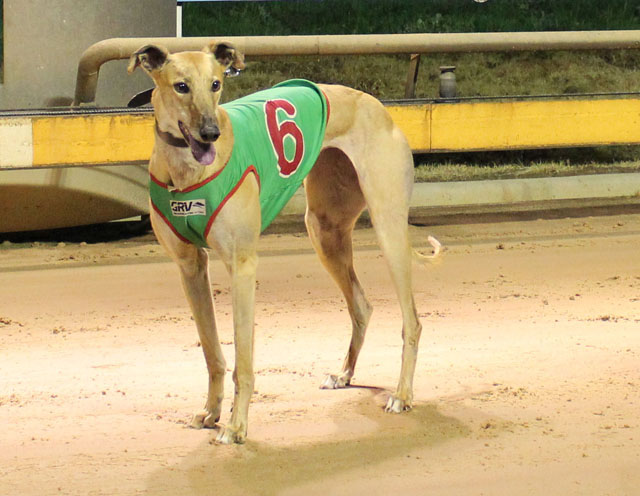