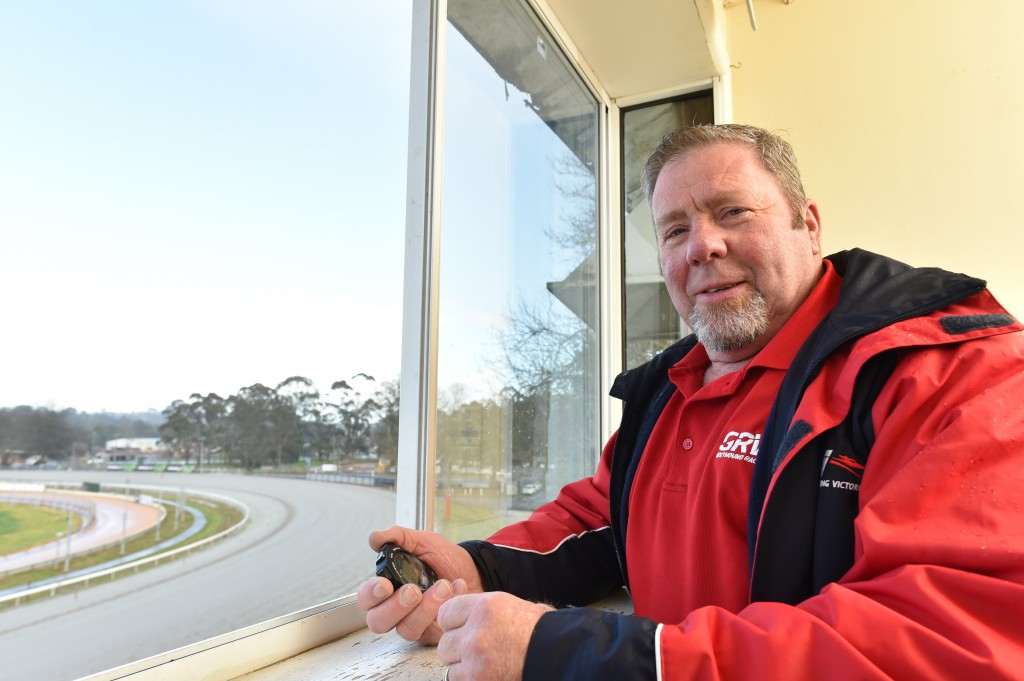 End of an era

For Les Wright, that is the most fitting way to describe his experience and involvement with greyhounds.

Forty-five years of contribution to one industry – nearly half a century. That’s what he, along with a number of other members can boast when it comes to their connection to the dogs.

However, this week marked the end of that era for Les, who judged his last race at the Warragul Greyhound Racing Club (WGRC) on Tuesday.

WGRC Manager Adrian Scott said Les was a part of the fabric of greyhound racing in the area.

“He has made an outstanding contribution to the efficient running of this club for many years,” Mr Scott said.

Times have changed in that near 50-year stint, with Les’ first role running the ‘all clear’ from the stewards to the tote.

“I was 14 and three quarters; it was the age you had to be when you could first get a job.”

Not to mention, he was also around in the days where the judges wrote the placings on a piece of paper with a peg and connected it to a cable for it to get down to the TAB officers.

A builder by trade, Les has remained involved at Warragul for the sake of doing something else that he loves, and his family know that every Tuesday night, Les won’t be home.

It’s part of his life and has been for a very long time.

Working part-time as a judge, Les said he has met some “a diverse and fantastic range of people”.