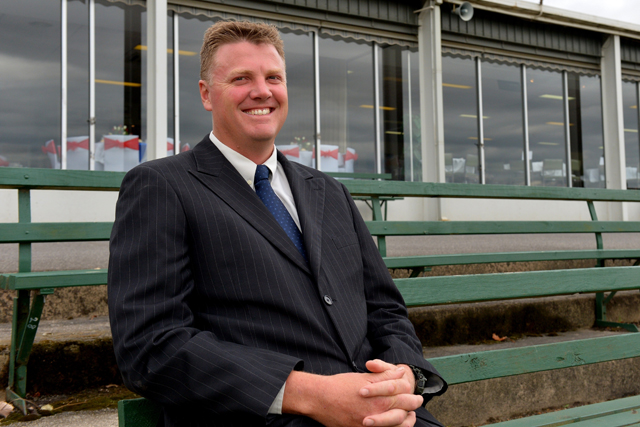 On the way back to great Heights


On Father’s Day last year Matthew Height’s life was thrown into turmoil when he suffered from a massive stroke that turned everything he knew upside down.

But the road to recovery has been made easier for the Height family thanks to the support of the greyhound racing community.

Seven months on from the life-threatening stroke, the father of two boys has been on a difficult journey that saw him not leave hospital until mid-January.

Matt’s father Ken said the greyhounds had been a crucial part of his son’s recovery.

“They are the backbone, he concentrates on greyhound racing,” Mr Height said.

Matt’s five months in hospital didn’t offer much joy but one exception was the day Traralgon trainer Terri Morris paid a visit with her dog Jesaulenko in tow, not only a champion greyhound but one that Matt is a particular admirer of. 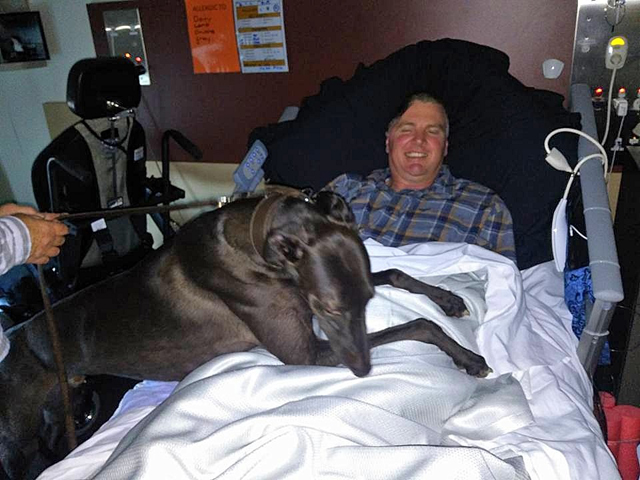 “He (Jesaulenko) climbed up on that bed and just fell asleep, I will never forget the grin on Matt’s face,” Ken said.
Formerly a President of the Warragul Greyhound Racing Club, members from his local club as well as police officers from the region have rallied behind Matt.

At the ripe age of 18 Matt joined the police force and his career as an officer flourished from there.

The Dux of Detective School in 1998 at the Victoria Police Academy, Matt went on to solve a major cold case and featured on Channel 9 show Insight for his work in solving one of Victoria’s complex murders.

Eventually the intensity and pressure of the high-profile role grew old and Matt made the decision to move to Warragul where he set up a 50-acre greyhound property. He now resides in Yarragon.

A sergeant at Warragul, Matt most recently moved to Neerim Police Station where he’s the Officer in Charge, also balancing his passion for the dogs which had led him to both train and breed litters.

“Other than his family, those dogs are his life and give him something to look forward to,” his father said.

Since Matt’s stroke Mr Height has taken his son’s dogs in and raced them along the way. Matt also has a GAP dog Flynn that sits by his wheelchair every day.

“Matt’s been to two race meetings now and that’s given him a real buzz.

“I said to Matt the other day, I want to do more for you, more than this one and a half day a week, but he said to me, dad you’ve saved me from going insane because of the work you’ve done with those dogs.”

Now seven months down the track, Matt is undergoing both occupational and physiotherapy every day.

“His current condition is that he has paralysis down the entire left hand side of his body. The therapy is part of a massive attempt to get the left side of his body working,” Matt’s wife Meagan said.

“We’ve had no response from his hand or arm so far, but we’ve had a little bit from the leg which might be enough for him to walk in the future.”

Matt’s skull still needs to be replaced after it was removed to allow the brain room to swell.

Meagan said the support from the greyhound racing industry had been “absolutely phenomenal” and that her family has been supported in so many ways. 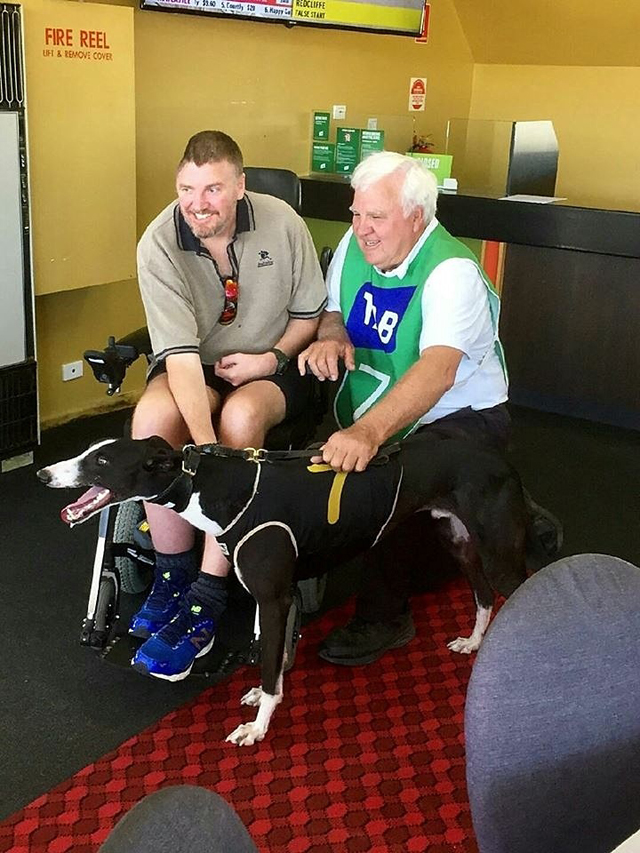 Matt and his father Ken Height with Walkin’ The Walk after he won at Warragul on February 16.

“When everything happened the phone was ringing off the hook and people still continue to send their love and support. Matt has formed those beautiful relationships over the years and when something like this comes along people stand by you so fiercely.”

A major fundraiser will be held for Matt on April 21 at the Warragul Greyhound Racing club with proceeds raised on the night to go towards a wheelchair accessible van.

Matt’s father said he would also like to thank all the people who have supported their family along the way.
“The greyhound community, as well as the police have been sensational,” Ken said.

“An enormous thank you to the greyhound people, it’s really been unbelievable.”