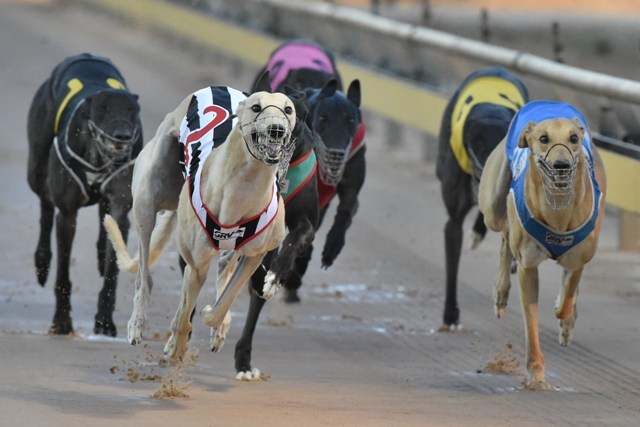 Aston Dee Bee continued his domination at elite level with his eighth consecutive victory in a heat of the TAB Warragul Cup tonight.

Recording the fastest heat time of 25.493 seconds, the son of Barcia Bale and Aston Elle, who’s litter sister Aston Miley has also made it through to next weeks Waragul Cup, utilised box one to gain the lead in the early stages of the 460 metre event and win by 8.36 lengths over young gun Peter Galo.

Heat one saw Sandown specialist Shadale (Barcia Bale x Budgie Lass) show his strength to run down Tiempo Dinero, after camping on the rails using box one to his advantage and clocking a time of 25.668sec. Tiempo Dinero claimed second place and recording a 25.811 second win which in return earned the Michael Carter trained chaser a rug in his first country cup.

Although Shadale is no stranger to group racing, having won the group three Sir Dillion Memorial, placing in the Speed Star and Group One Maturity – he is yet to compete in a country cup.

Shadale has drawn box four in the 2018 TAB Warragul Cup while Tiempo Dinero will again jump from box three.

Jimmy Newob claimed heat two for trainer Kel Greenough, crossing the field in the early stages from box eight. It was a matter of by how far for the son of Cosmic Rumble and Nosey Rozy, who pulled away to win by six and a half lengths in a time of 25.603sec – the second fastest heat win.

Data Star stayed in second position from box two, stopping the clock at 25.996sec, which has earned him second reserve in what could be his first group race.

Jimmy Newob has drawn box six in the Group Two Warragul Cup which will be run next Saturday night.

Heat three went the way of Aston Miley, who will meet her litter brother yet again in a group event. Aston Miley lead from start to finish from box seven, giving punters a bit of a scare as Crook Me Kindly (box six) and Pants On Fire (box eight) tried to bridge the gap.

Aston Miley went on to win by 2.69 lengths in a time of 25.658 for trainer Eddie Lieshout. Crook Me Kindly stopped the clock at 25.846sec, which saw him miss out on a run in the Group Two Warragul Cup by 0.35sec; he is the first reserve.

Aston Miley will have the advantage of a box closer to the rails, drawing box three in the $67,000 final.

Heat four went the way of Kouta Mayhem for Team Sharp who won by the shortest margin of 0.69 lengths from box two in a time of 25.719sec.

Northern Nangar made it two runners in the Warragul Cup for Pearcedale trainer Kel Greenough, after finishing second to Kouta Mayhem in the time of 25.767sec.

Kouta Mayhem has drawn box two, the same rug that saw him finish third in the worlds richest race for greyhounds – the TAB Melbourne Cup.

Northern Nangar will jump from box seven in his first group event.

Black Mumbo concluded Warragul Cup heat proceedings with a win from box seven in the sixth and final heat. The Anthony Karabitsakos trained star had to work hard to gain the lead from Super Sook who held on for second place.

Black Mumbo stopped the clock at 25.855sec and will be jumping from box one in his fifth group race.

The winners and the two fastest seconed place getters earned their rugs in Saturday night’s Group Two TAB Warragul Cup, which is the second leg of the Gippsland Carnival.
The Gippsland Carnival kicked off at Sale on Boxing Day, with Quick Jagger claiming the win in the Sale Cup. 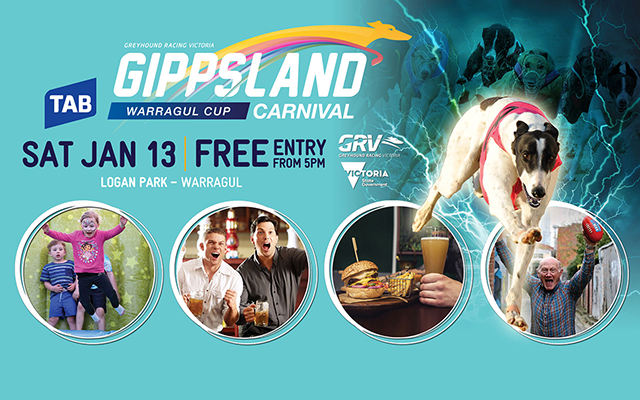 About Molly Haines - Communication Assistant at Greyhound Racing Victoria with 16 years of experience working with greyhounds in all capacities. View all posts