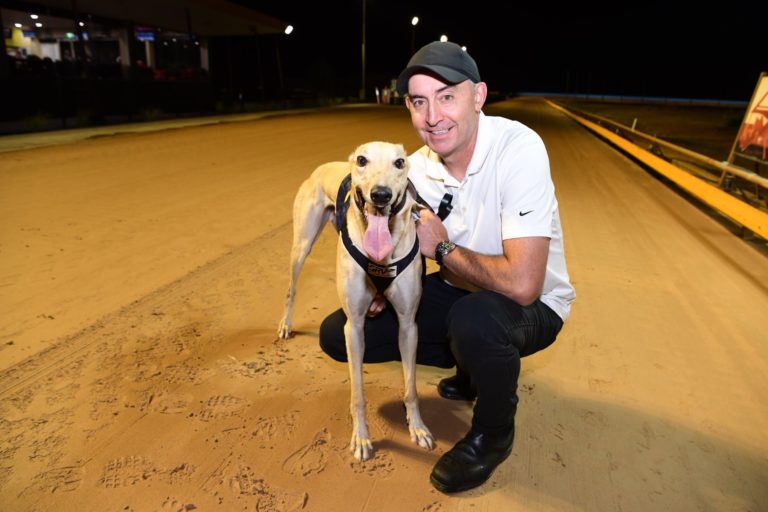 
The weather gods were smiling on Jason Thompson’s quest for an unprecedented third Golden Easter Egg title when last weekend’s heats were washed out by Sydney’s big wet and rescheduled for Saturday.

Thompson, whose two Easter Egg victories came courtesy of Don’t Knocka Him in 2012 and Moreira in 2016, had only one original entrant for NSW’s most prestigious race in Aussie Secret, which was a race morning scratching before the meeting was postponed.

But the one-week delay allowed Thompson to boost his hand. Significantly.

He’ll now launch a three-pronged challenge headlined by star kennel newcomer Catch The Thief, which produced an enormous effort to finish runner-up in the Group 2 Shepparton Cup final last Saturday at just his second start for the champion Pearcedale mentor.

“I’ll tell you on Saturday night whether it was fortunate or not,” Thompson quipped.

“The dog we originally had in the heats, Aussie Secret, slightly hurt himself and had to be scratched and the week’s delay has allowed us to have three in the heats when we weren’t going to have anything.

“If the rain hadn’t come we would have been sitting at home watching the heats.

“Obviously Catch The Thief is the main one we’re taking up.“I’ve said all along how lucky we are to have him and I was over the moon with his run in the Shepparton Cup. Take nothing away from the winner (Ferdinand Boy) but Catch The Thief’s run was unbelievable.”