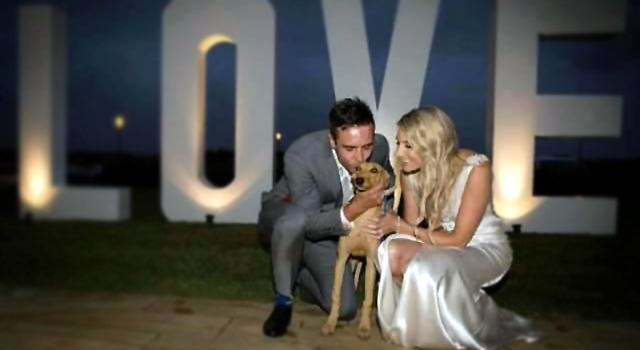 The Leo Effect – the gift that keeps on giving


18 months ago a little fawn puppy by the name of Leo became a very memorable wedding gift at Adam and Tamara Tenadii’s wedding (pictured).

Tamara, the daughter of multiple group race winning trainer Robert Britton, was born and bred in greyhound racing – so it only seemed fitting that Tamara and her husband Adam receive a greyhound puppy on their wedding day thanks to brother Tim Britton.

“When Tim took the microphone during speeches I had no idea what he was doing. All of a sudden I heard Who Let The Dogs Out play and I knew something was going to happen, but before then I had no idea. It was definitely a highlight of our wedding,” Tamara Tenadii explained.

“A lot of our guests hadn’t been exposed to greyhound racing before, and after meeting Leo at the wedding a few people have continued their interest by going to the dogs!”

Leo, who is races under the name of Leo’s Gift, has had 12 starts for five wins and three minor placings. He broke his maiden status in his first start at Sandown in May this year.

WATCH: Leo’s Gift in his first victory at Sandown Park from box three.

“Unfortunately, we didn’t go to his first start at Sandown and we were kicking ourselves! It was a great run and something really special for Adam and I because it’s the first dog we have owned together.”

Leo is a gift that keeps on giving, as tonight he will start in his biggest feature to date, the $35,500 St Ledger Final at Warragul over the 460 metre distance.

Last week he won his heat from box six over a very talented Tough As Nails in a time of 25.749sec (Replay).

“We won’t make the trip to Warragul tonight; it’s a bit far to go with our eight-week-old baby, Billy. I would say we will go and watch him race on TV at Mum and Dad’s place, and we will have a lot of family and friends also watching the race.”

Leo’s Gift will race alongside kennelmates Miss Baroque (box seven) and Fanta Bale (box one) – the latter winning his heat last week from box three in a best of the night time of 25.60sec. Miss Baroque finished second in the first heat behind Storm Warning, who has been scratched in the final tonight, making way for the Angela Langton-trained Kumbia Lass. 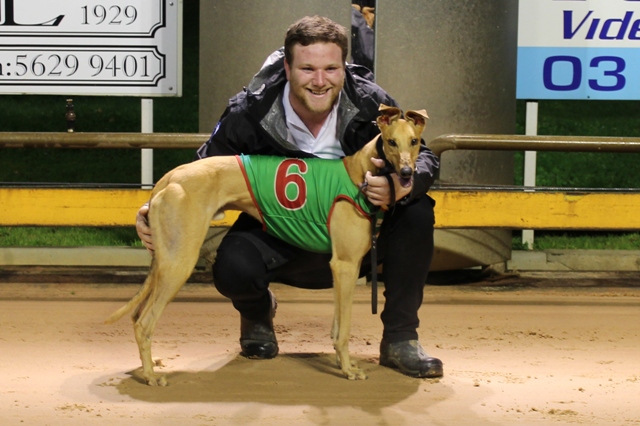