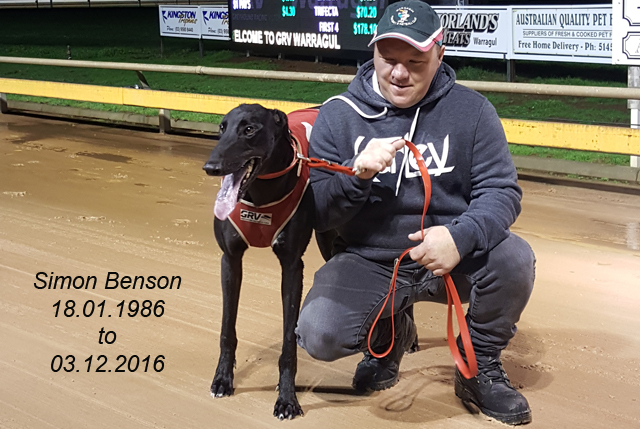 FUNERAL DETAILS ANNOUNCED: Greyhound world to help farewell a character who was larger than life


The greyhound racing industry is saddened by the sudden loss of Simon Benson at just 30 years of age.

Simon shattered his leg in a serious bike accident on his property at Buln Buln East two months ago, and spent the next four weeks recovering at the Latrobe Valley Hospital in Traralgon.

He was just learning to walk again when he collapsed at home on Monday (November 28) because of a blood clot in his leg and was rushed into Monash Hospital, where he had a major heart attack that night. He remained in an induced coma from Monday night until his passing last Saturday night.

Simon worked on the family farm, located next door to greyhound trainer Steve White, with whom he quickly formed a strong bond.

“I met Simon when I moved to Victoria from NSW in November last year and have basically seen him every day for the last 12 months,” Steve said.

“Simon was one of a kind. He was always happy and had so many wild stories to tell, and he had a great rapport with quite a few greyhound trainers” – STEVE WHITE

“He’d ring me or text me 20 times a day and he got his catcher’s license and would catch my dogs for me. He called himself the ‘pro catcher’ and he’d travel to every track around Victoria with me to race or trial.”

“I gave him a Paua Kennels t-shirt, which is the name of my greyhound business, and he took a photo of himself wearing it and sent it to his dad in Darwin. He was so proud.”

“He also became a member of the Warragul Greyhound Racing Club and a few months ago I bought a greyhound called He’s Clever from NSW and I gave a ¼ share to him. I held off racing him until Simon came out of hospital, and he won first up for us at Warragul.”

“It was great because Simon was at the track to watch him race and the dog ran the best time of the night. It was a shame Simon couldn’t catch him that night because of his injury, but it was so good that the first race he was involved in as owner his dog actually won.”

“Simon was one of a kind. He was always happy and had so many wild stories to tell, and he had a great rapport with quite a few greyhound trainers including Anthony Azzopardi. He loved life, loved his cows, loved his farm and he loved his greyhounds.”

“He’s my best mate and will be sorely missed by my wife Kerrie and I. It’s heartbreaking that this has happened, especially to someone so young.”
.
The Funeral Service to celebrate the life of Simon Benson will be held at the Nielsen Funeral Chapel, cnr Bona Vista and Korumburra Rds, Warragul on FRIDAY (Dec. 9) at 12 noon. At the conclusion of the Service the cortege will leave for the Warragul Lawn Cemetery. No flowers by request. A donation in memory of Simon may be made to Monash Health Renal Transplant Unit. Envelopes will be available at the Chapel. 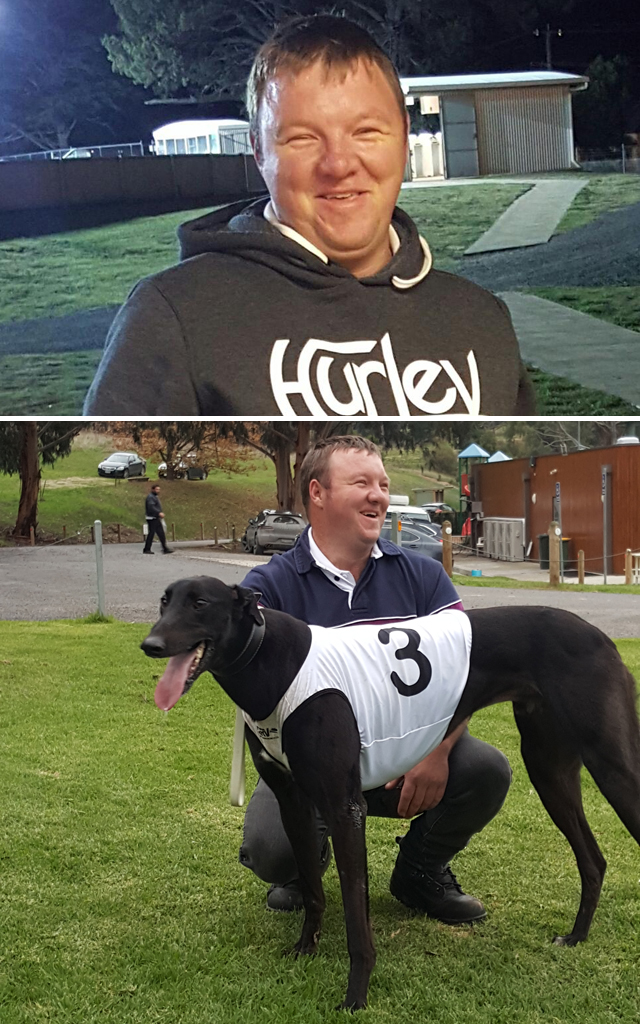